Moscow has been ranked the fourth most expensive city in the world (see here), something that doesn’t surprise me at all. When I visited the Russian capital for a working trip a few years back, I had no idea how expensive the city would be. Just try getting affordable accommodation. In a city full of US$1,000 a-night hotels, consider yourself lucky if you can find a double for anything below US$140.

Food wasn’t really an issue. After walking around for a few days, we discovered a chain of Japanese restaurants called Planeta Sushi (ПЛАНЕТА СУШИ). Not only were the restaurants affordable, they were pretty much everywhere.

Taxis, however, are a different story. Taxi fares are reasonable for locals but the minute the drivers realise that you’re foreign, prices jump dramatically- a colleague once paid US$120 for a journey which only took 15 minutes. To make matters worse, very few Russian taxi drivers speak English, so bargaining (and arguing) would be impossible. Tip no 1: If you ever take a taxi, always ride with a local.

And while we’re on the subject of spending money, here are my favourite cheap-ish Moscow attractions:

Do yourself a favour, escape from the world above and take a ride on Moscow’s underground trains. The city’s underground stations are works of art.

Chandeliers and elaborate plasterwork at Komsomolskaya station (you can see the heads of commuters waiting for the trains): 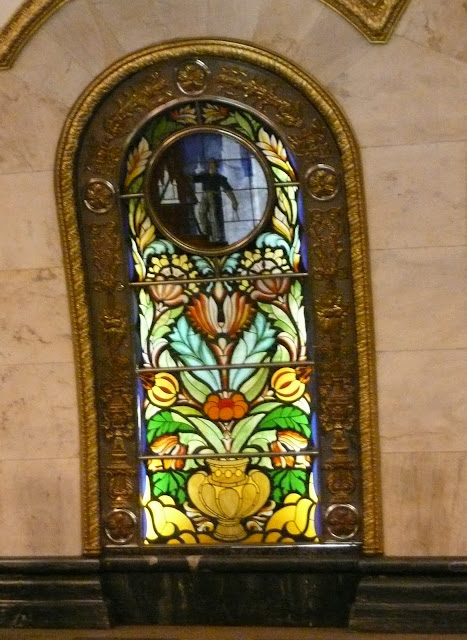 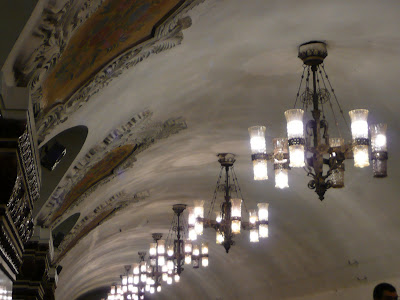 Metro tickets are not expensive, you can take five trips within the city for 60 Rubles (US$2.20). Tip no.2: Make sure you learn the Russian alphabet and how it’s pronounced because the underground map is entirely in Cyrillic. It isn’t difficult once you get the hang of it. Learn it here.
Lenin’s Tomb 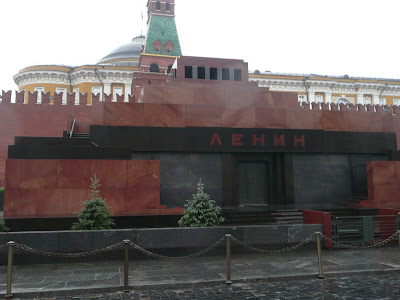 This is where Vladimir Ilyich Lenin, founder of the USSR and the Soviet Communist Party, has been resting since his death in 1924. I didn’t go in, I wasn’t too keen on seeing yet another embalmed body – I’d seen Ho Chi Minh in his mausoleum in Hanoi before- though on hindsight, I’m sure Lenin would’ve been interesting. Entrance is free.
The Red Square

Everybody hangs out at the Red Square, the site of important military parades and the most logical place to start in Moscow. If you face south with your back to the State Historical Museum, the Kremlin (the official residence of the Russian President) will be on your right, the G.U.M. building will be on your left and St Basil’s Cathedral will be right in front of you: 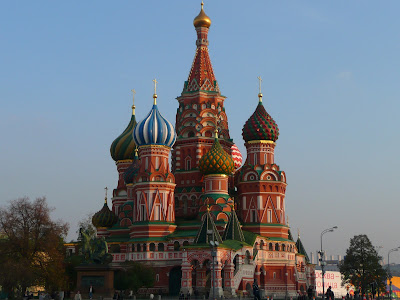 The cathedral isn’t free, there’s an entrance fee of 100Rubles (US$3.7). If there’s any building which I would recommended you go into, it would be St Basil’s. If you don’t feel like going in, that’s fine, just pick a clear day to visit and snap away.

Tip no. 3: The Red Square is particularly magical at night, when the lights at the Kremlin and St Basil’s Cathedral are switched on.

Moscow is expensive but there are definitely ways to enjoy the sights quite cheaply. Take the Metro and walk around the city if the weather permits because there’s a lot to see.