I love taking photographs when I travel and although I’m not a brilliant photographer, once in a while I get the chance to show off my snapshots. About four months ago, HostelBookers started a sort of game where you were supposed to publish seven of your best photos under specific categories, and then tag other travel bloggers to do the same.

Aaron of The Adventures of the elatlboy tagged me a while back (thanks Aaron!), so here are are my ‘7 Super Shots’.

1- A photo that takes my breath away. 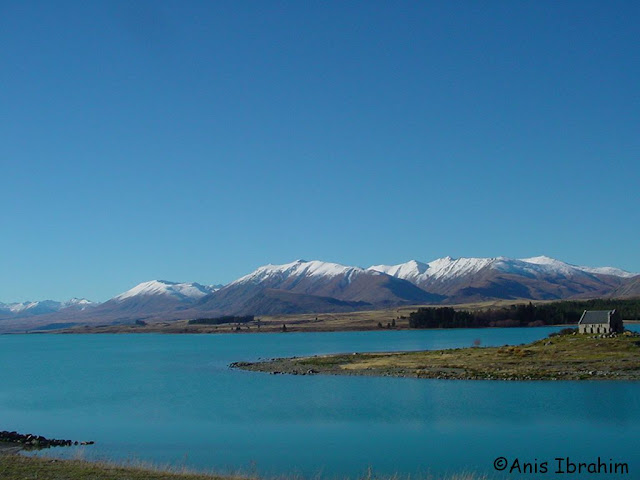 I can never get over how beautiful Lake Tekapo in New Zealand is. I’ve seen dozens of photos like this- that same shade of blue, that same little church and the same mountains in the background, and every photo is just perfect. When my bus arrived in Tekapo that day, I got down and walked to the lake so that I could spend a few more minutes there until the bus finally rumbled up to the shore. Those precious extra minutes were worth it.

2- Makes me laugh or smile 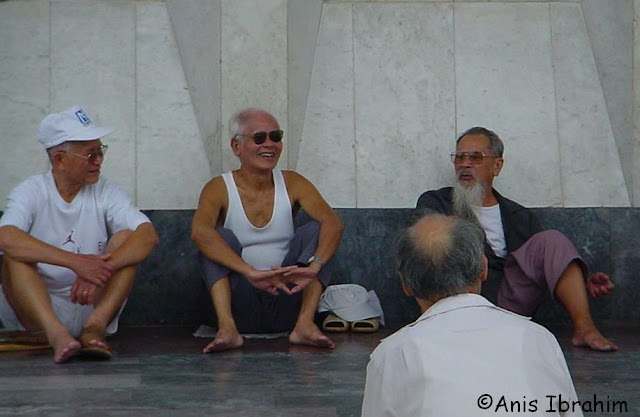 This was taken on a hot day in Hanoi and I was outside one of its museums when I saw this group of old men taking a break and chilling out. These guys looked so relaxed and happy. Every time I see this photo I’m reminded of how hot it was and how I zoomed in on them, hoping that they wouldn’t notice I was taking their photo. 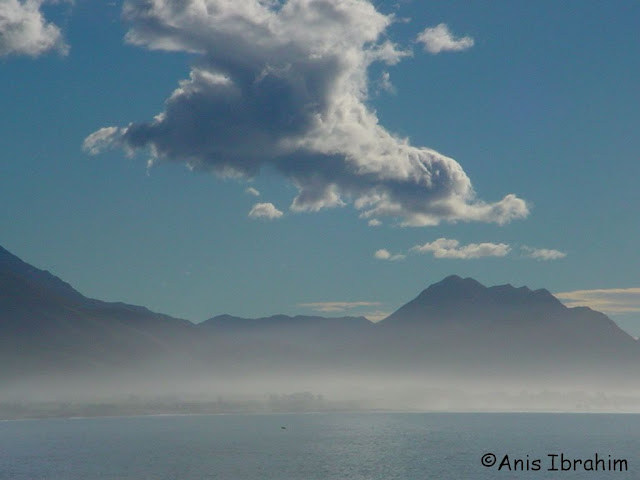 Another New Zealand snapshot, but this time in Kaikoura. This was early one morning in winter and I was walking by the coast towards town when I saw this amazing view. This photo just calms me down and takes me back to that day. 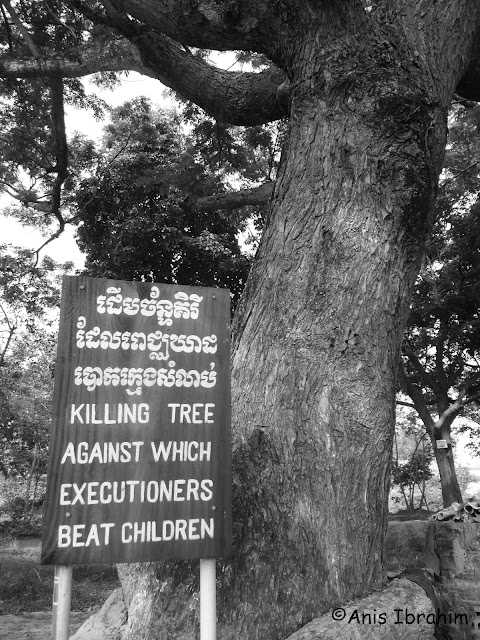 Not an easy photo to look at, even after all these years, and maybe not ever. This was in Choeung Ek in Cambodia, better known as the ‘Killing Fields’. I shot this in black and white, thinking that it would work on an image such as this, and I guess it did. Visiting this site was extremely distressing but necessary as a reminder of the atrocities that the Cambodians were put through. I went with a friend and it was some time before we could actually speak to each other after that. 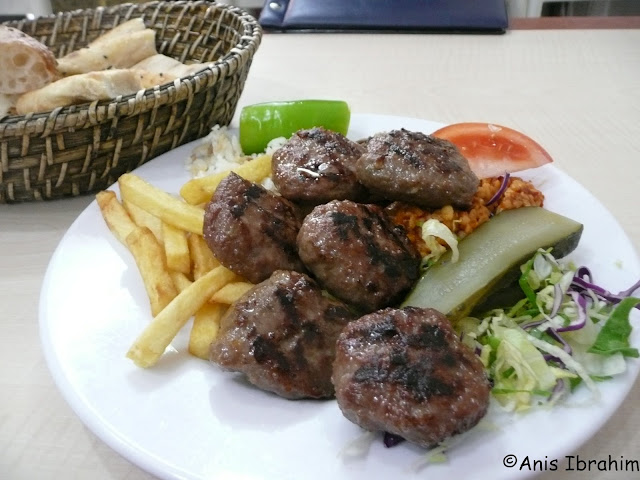 Ah, Turkey and its wonderful, wonderful food. I’d been wandering around Eminonu in Istanbul since the morning and was planning to take the tram back to Sultanahmet for lunch when I chanced upon this restaurant by the roadside. I wouldn’t have missed it even if I’d tried – a man was roasting whole chickens on a spit outside the restaurant and there was this amazing aroma which was impossible to ignore. I didn’t have the chicken but I ordered some meatballs, which were delicious. Definitely one of the best meals I’ve ever had on my travels. 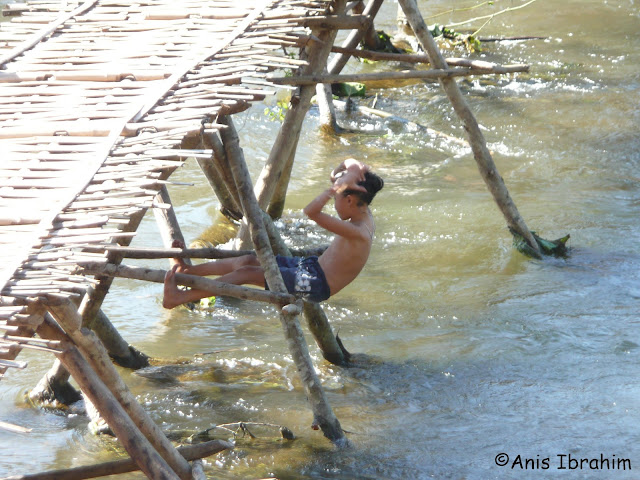 This was taken in a village outside Luang Prabang. I was walking along this river (probably the Nam Khan) with my hiking group when the girl in the photo ran onto the bridge. She then climbed down and to our surprise, locked her ankles around the stilts and hung upside down, lowering herself and splashing her hair into the water several times. At first we didn’t know what she was doing. It was only when she took out a bottle of shampoo from her shorts pocket that we realised she was washing her hair. That’s what she’s doing in the photo, lathering her hair.

7- Most proud of (ie. my ‘National Geographic’ shot) 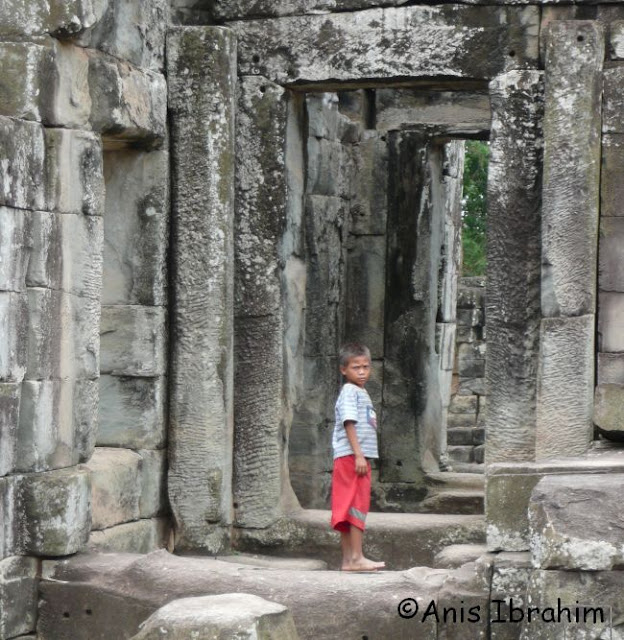 Whoa, talk about the pressure involved in choosing this last photo! This is one of my favourites because it’s such a simple shot. I was in one of the temples in Angkor when this barefooted kid appeared out of nowhere and dashed up the steps. I followed him with my camera and suddenly he stopped and turned to look at me. I called for him to come down, but he ran off.

So there you go, those are my ‘7 Super Shots’ which I’m required to post as part of the deal. And since we’re still in the game, I’m tagging Nisha of Le Monde, Amer, the travelling architect of Tend To Travel and Farah of ThatSoFarah. They’re now officially IT.