On the T56 from Xian to Beijing 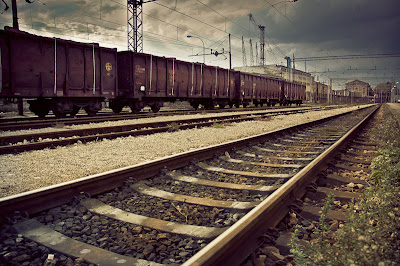 Somewhere in a flat or house in China is a Lonely Planet phrasebook in Mandarin which used to belong to me. It has ‘Anis Ibrahim, Feb 2005’ written in a big, happy cursive script on the inside cover. I hope it’s been of some use since I gave it away.
I met Fan on the T56, the overnight train from Xian to Beijing. He was 22, and a student at a university in the capital city. He was sitting at the window bunk in my compartment and had noticed me struggling to lift my rucksack onto the luggage rack. He immediately got up to help and I immediately decided I would try to speak to him.
We introduced ourselves after the train left Xian.  He brightened up when he heard that I’d worked as a lawyer before becoming a journalist. “I want to be a lawyer; I want to help the people,” he said in English, then stopped.
He looked around. The remaining four bunks in our compartment were occupied by a teenager with spiky hair, two sullen men who appeared to have come together but had not said a word to each other and a heavily-made up young woman who was preoccupied with her mobile phone.  None of them seemed to be too interested in where our conversation might lead.
“My father studied politics. Politics is very interesting but of no use in China, there is no point,” Fan said, shaking his head.
I remarked that I too, found politics fascinating. “I just don’t like politicians,” I said.
This time he nodded. “Politicians always want you to do something for them. I don’t like them. They are never sincere.”
Fan looked out the window.  His hometown Xian was already miles away. His Spring Festival break had just ended, he said, and now he was on his way back to “more studying, exams and noisy Beijing”.
I commented on how wide the roads in Beijing were. “On my way to Xi Ke Zhan the other day, I saw a very wide road with six lanes on one side.”
It was the cue for Fan to be negative again. “Oh, Beijing. Its traffic and transportation system is very bad. I never go to the city centre unless I have to.”
I asked him about his university. Was it a national university, or privately funded?
National, he said. “Thank you to the government that English is part of our syllabus!”, he added in a sudden show of patriotism. “Thank you to the government that I can actually talk to you like this!”.
I suddenly remembered my Mandarin phrasebook and showed it to him.
“This is a good book,” he said as he turned the pages back and forth. “There are different sections for different subjects and there are some English words I never knew.”
Fan looked up. “Say something you learned from here.”
“Wo shi jizhe”, I announced proudly and he laughed. I am a journalist.
He flipped through the book and pointed out to a sentence to me. “Zuijin de cesuo zai nali?” he said, with a very serious expression. It was my turn to giggle. Where is the nearest toilet?
The two men in our compartment looked at us and frowned disapprovingly at our frivolous conversation.
We arrived in Beijing the next morning, only to discover that it had been snowing.
“Xue”, Fan said, pointing upwards when we emerged from the station, telling me the Mandarin word for snow.
I took out my phrasebook, remembering how interested he had been when I first showed it to him. “You can have this. Maybe it will help you.”
He thanked me profusely then apologised for not being able to give me anything in return. He asked for my email address, which I wrote in the book.
“I will write to you and I will tell you about my graduation in July,” he said, and we said goodbye.
I never received that email. We meet so many people in our travels- some we’re happy to see the last of, some, like Fan, we wouldn’t mind hearing from again.
So assuming that Fan never gave away my phrasebook, it’s probably on his shelf, maybe in Beijing, maybe in another city and hopefully not gathering dust. And hopefully helping him along his way.