This was a train where time stood still. Not figuratively speaking, but literally.
Jual, the Head Steward on the North Borneo Railway, was going from carriage to carriage. “Ladies and gentlemen, we are not leaving Papar yet. We need another five minutes for the engine to heat up.” He turned to leave, then stopped and grinned: “You must remember, this is an old train.”
“That’s okay. We’re not in any hurry,” shouted one of the passengers. Nope, we certainly weren’t.
Established in 1896, replaced by petrol-powered locomotives in 1971 but re-launched in 2000, the historic steam train known as the North Borneo Railway is back and riding the rails.
This train was originally used by the British to transport sugar, tapioca and rice from the interior regions of Malaysian Borneo to the port at Jesselton (present-day Kota Kinabalu in Sabah), but now it’s become its own tourist attraction. 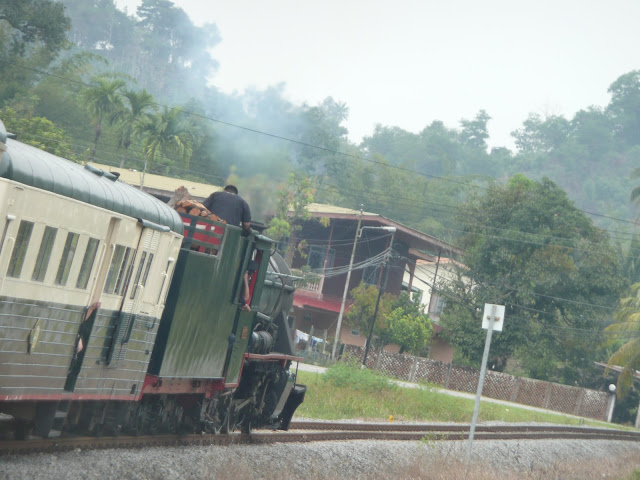 Get ready for old-style travel here, for the route from Tanjung Aru to Papar uses a Vulcan steam locomotive built in the United Kingdom in 1954. Just like Australia’s ‘Puffing Billy’ and India’s Darjeeling ‘Toy Train’, the North Borneo Railway (which doesn’t have a nickname yet), is one of the few steam trains left in the world. 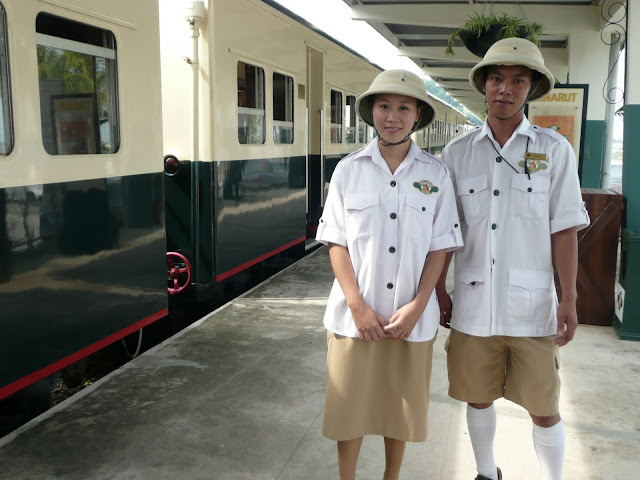 I felt the atmosphere even before I boarded the train. Happy, 1950s music blared from speakers on the platform. Train stewards in period-style white and khaki uniforms complete with pith helmets showed us to our seats.
One of the best things about the ride on the North Borneo Railway are the people you’ll see along the way. You’ll see farmers, vendors selling fruits by the roadside and children waiting at their windows just to see the train. Children and adults will stop what they’re doing and wave to you. Make sure you wave back! I can’t remember the last time I had fun waving to complete strangers.
The carriages are cozy, with dark wood panelling and brass fittings. There are also Western-style bathrooms in every carriage.
Tickets: RM270 (approx. US$85) for adults, RM170 (approx. US$54) for children aged three to 12, children below two ride for free.
Don’t: Come on a full stomach! Prices are inclusive of a Continental breakfast and a Tiffin-style lunch.
Do: Sit back, relax and have fun.
Travel days: Wednesdays and Saturdays, 10am sharp. This is a popular ride, so book in advance.
Duration: About four hours, from Tanjung Aru to Papar and back.
Expect to see: The South China Sea, villages, schools, rice fields and buffaloes. 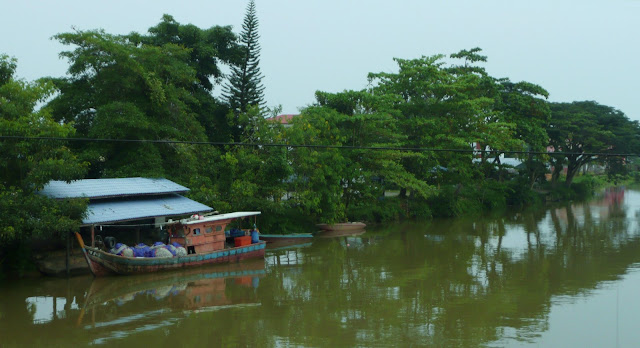 More information, including on where to buy tickets, can be found on the official North Borneo Railway website here.