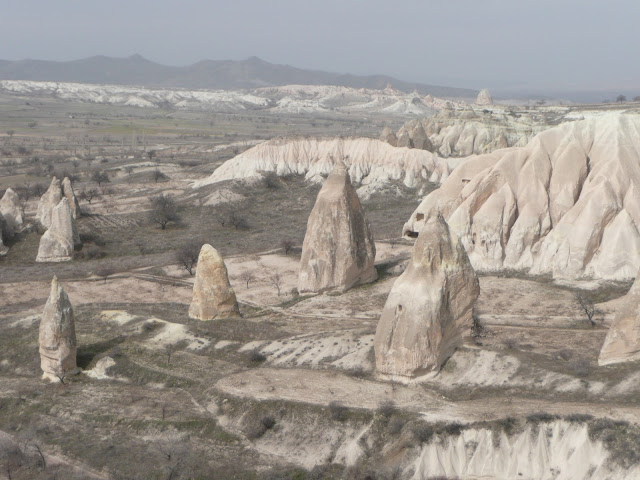 We’re not on Earth anymore, I told an invisible Toto inside my head.
All around me were spires and hills of volcanic rock, some standing on their own, some in clusters, but all touched by the rain and snow of centuries past. The entire landscape looked as though a giant baby had playfully shaped pointy hills here and there out of a floor of mud. This was more than just another country, it was another planet.
I was on a hike in Cappadocia, Turkey. I had arrived early that morning on an overnight bus from Istanbul and although I had hardly slept during the journey, I was wide awake now, marvelling at the landscape.
Our hike in Rose Valley started at 9am. Most of the trail was on level ground, except for a few sections where there was an incline. Our group was a mixed one and included four Italian women in high heels who didn’t appear to have any problems keeping their balance. I was impressed.
Rose Valley gets its name from the pink-coloured rock which, depending on the season and time of day, changes in shade and intensity. Cappadocia was formed 10 million years ago when three mountains –Mount Erciyes, Hasandagi and Golludag- started erupting, spewing out tonnes of volcanic ash for miles around. The layers of ash compacted over the centuries to form a soft rock called tufa. This soft rock was later shaped and carved by rain, floods and melting snow, forming Cappadocia’s present-day landscape. 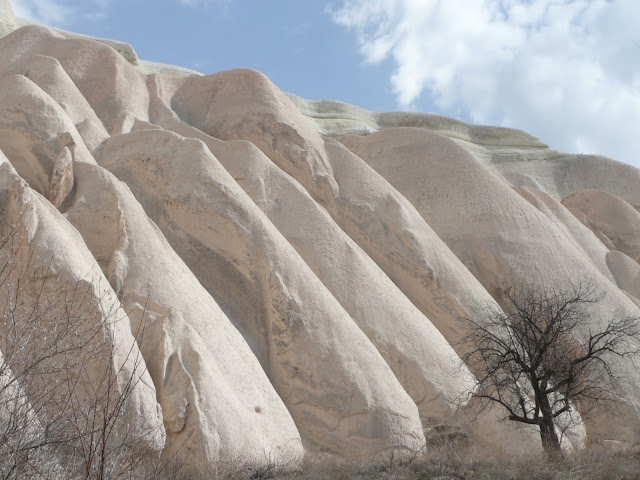 After 30 minutes into the hike, the route took a slight curve around some trees. The formations changed almost immediately. There was a huge hill of rock to our left, clear and white against the sky.  A series of gentle, wave-like undulations ran along the side from top to bottom, almost making the rock look soft.
The ground began to rise gradually as we walked on. I looked back at the Italians in their heeled leather boots. That was something I would never be able to do -climb in heels. My flat feet would start hurting in less than an hour.
When we stopped climbing, we saw that we’d reached the rim of Rose Valley. Below us was a bizarre moonscape. Sharp peaks stood here and there in between lower, more softly rounded mounds. The sides of the valley had multi-coloured layers of rock, marking centuries of erosion. Far below, I saw the track we had taken just an hour ago. And was that white rectangular thing with wheels our van? I couldn’t say for sure. 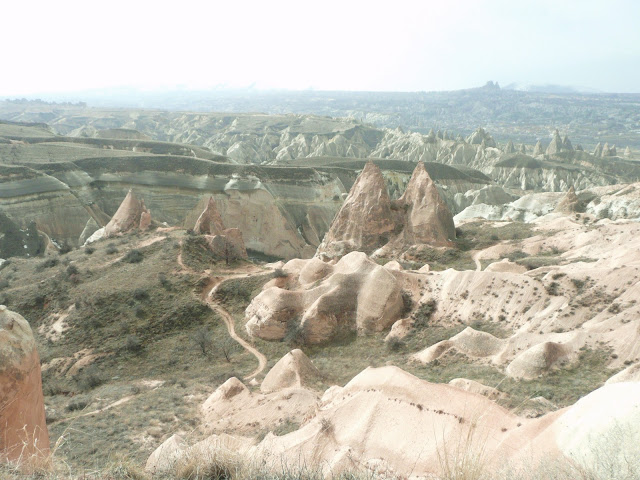 The group started taking photos of each other. The two Korean guys I’d made friends with were goofing around. The younger one struck fearsome kung-fu poses right at the edge of the cliff, his face contorted and his eyes bulging. “What do you think?” he asked. “Am I like Bruce Lee?”
We stayed up there for a few more minutes, taking photographs and recording videos of the view until our guide finally called us.
“It’s time for us to go. We need to leave. Are you ready?”
Ah well, I thought. Time to get back to Earth and down below.