Bangkok – choked, dusty and fast-paced- wasn’t always the capital of Thailand. If you had been travelling in what was then Siam in 1350, you would have heard about its new capital called Ayutthaya, a city which was built on canals and known for its beautiful surroundings.

In the 417 years of the Kingdom of Ayutthaya, the Siamese capital become known as one of the largest cities in the East. Boundaries expanded, trade flourished and the people prospered. All that, however, ended in 1767 when Ayutthaya was invaded and sacked by the Burmese army. After the fall of Ayutthaya, the capital was moved to Thonburi and in 1782 it was moved again to Bangkok, which has remained the capital since.

The ancient site of Ayutthaya, located some 75 kms north of Bangkok, is certainly worth a day trip. The area is full of impressive ruins, mostly of old Buddhist temples or wats, giving one an idea of how big the old city must have been. If you like rubble and rocks and old structures like I do, I would definitely recommend a trip here. Other than learning more about Thai history, a visit to Ayutthaya will allow you to take a break from Bangkok.

Here are some of the ruins in the Ayutthaya Historical Park, a UNESCO World Heritage Site: 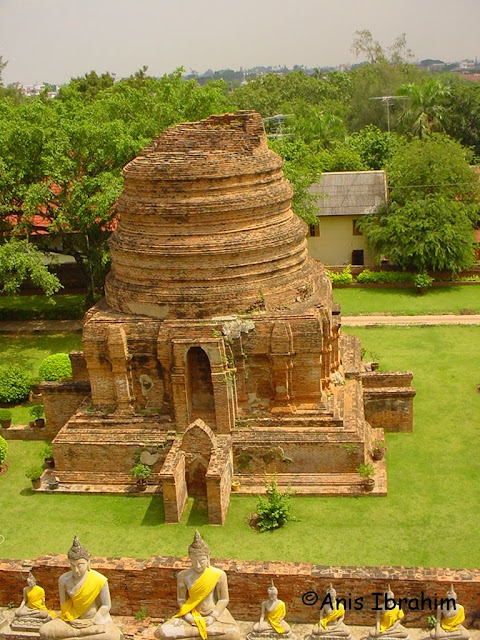 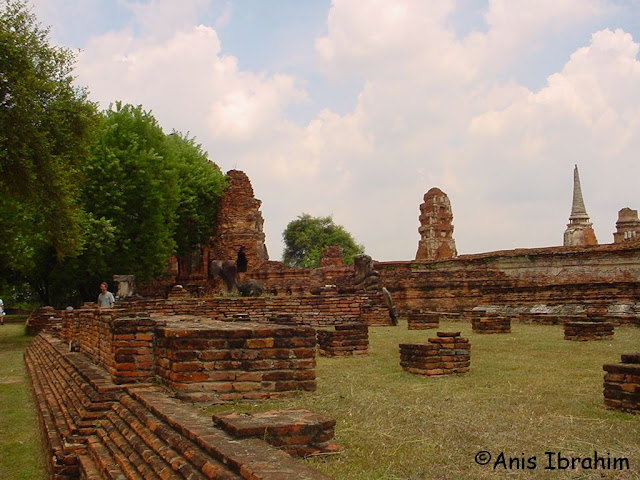 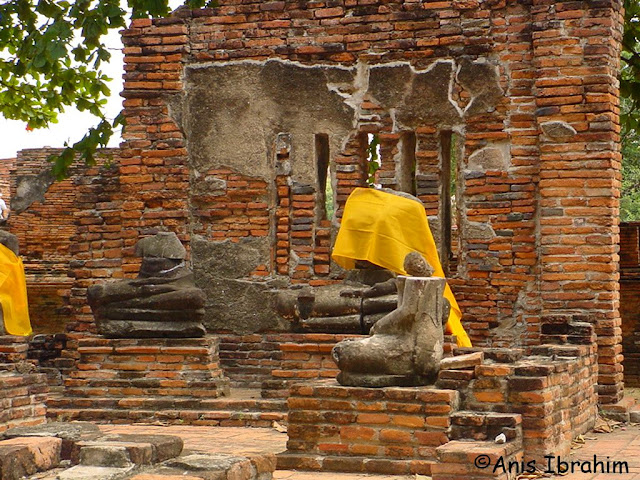 There’s a reason why the heads are missing from these statues of Buddha : the Burmese decapitated the statues when they attacked Ayutthaya 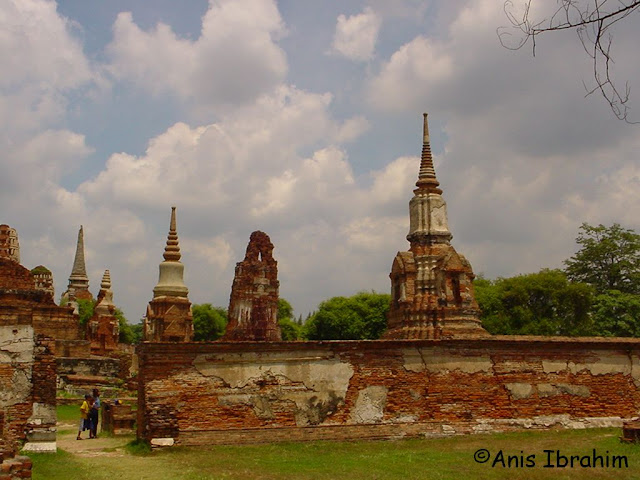 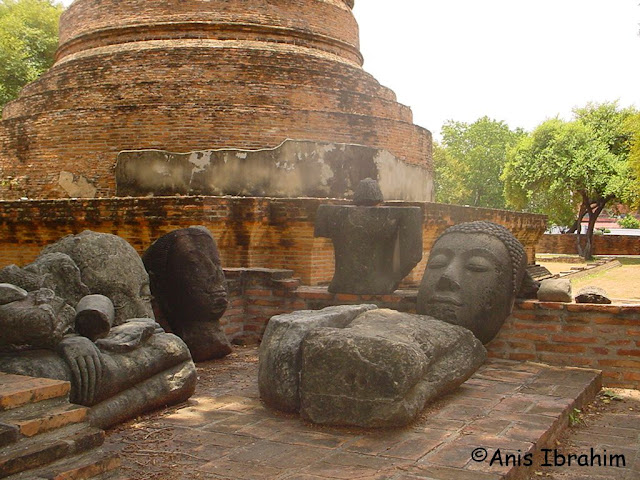 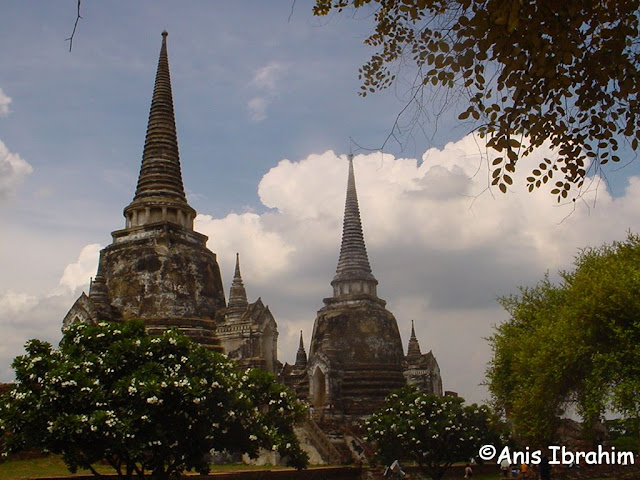 The grounds of some of the ruins are actually quite peaceful 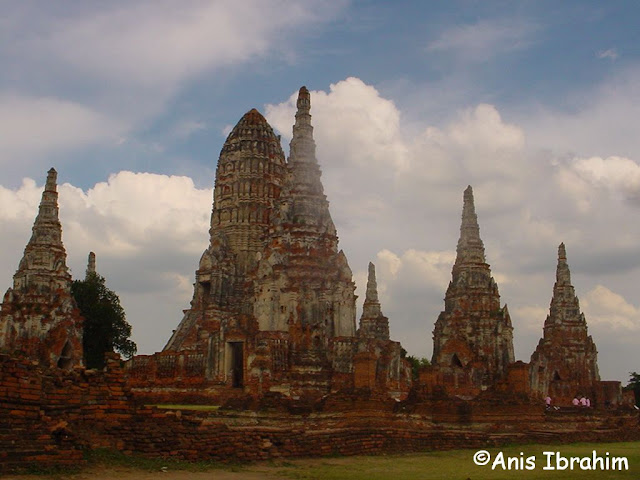 It’s easy to get to Ayutthaya- you can either hire a driver for a day or take a train from Bangkok’s Hualamphong Station. The train journey to Ayutthaya takes about 90 minutes. Once you arrive, you can choose to either cycle or walk around the ruins, or even take a boat down the canals.