Beijing’s Yonghegong, or Yonghe Temple, is the closest I’ve ever been to Tibet. Also known as the Lama Temple, this is one of the most important Tibetan Buddhist monasteries in China.
The Lama Temple has quite an interesting story. It wasn’t always a temple- when it was built in 1694, it started out as the living quarters of court eunuchs of the Qing Dynasty, and after that it became the residence of Prince Yongzheng, the emperor’s son. It was only in 1744 that the building was turned into a lamasery, or monastery for monks of Tibetan Buddhism.
I found the temple grounds quite pleasant to stroll through, particularly because of the Tibetan music which was playing in certain sections. A few of the smaller chambers also served as shops for people to buy incense and other prayer items.
One thing I noticed about this temple, though, was that it had many closed-circuit television cameras, as well as uniformed police guards just standing around and looking at everyone. If you’re aware of China and its issues with Tibet, you’ll find it difficult not to be offended by the sight of policemen asserting themselves in a place where people have come simply to pray. 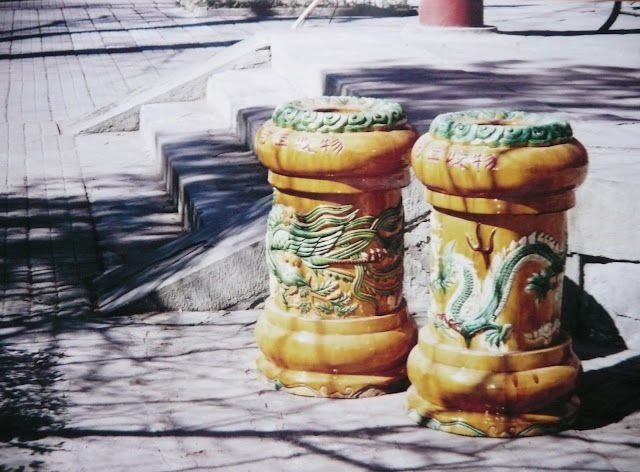 Rubbish bins in the temple grounds, decorated with flowers and dragons 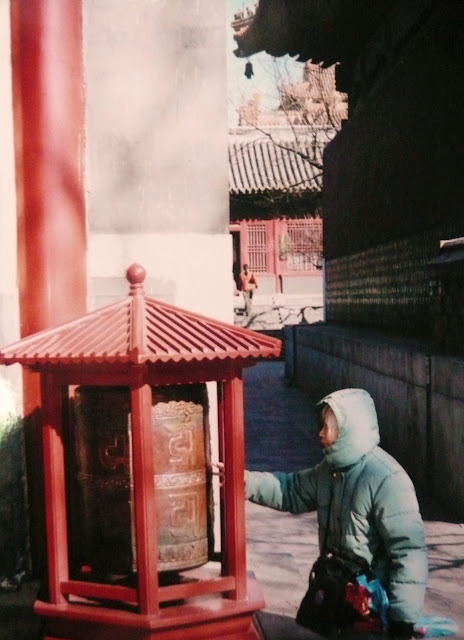 A woman spinning one of the many prayer wheels in the temple.
Prayer wheels are spun in a clockwise direction to gain religious merit 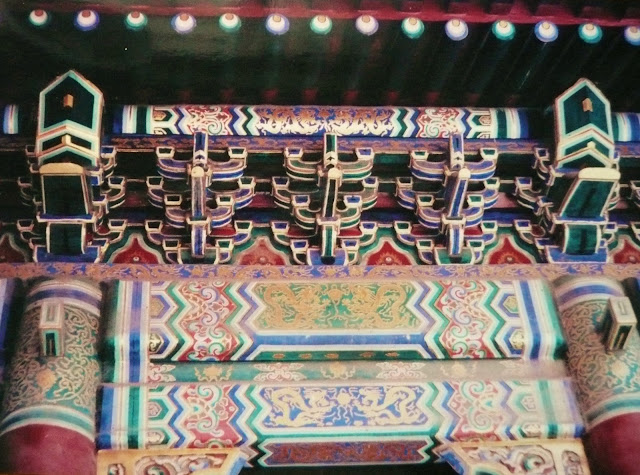 Beautiful artwork in the ceilings can be seen throughout the temple 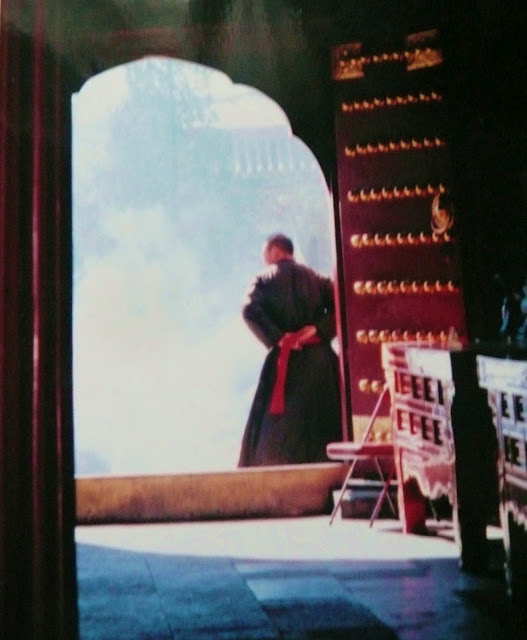 A Tibetan Buddhist monk from inside a doorway.
You can see the smoke from the incense lit by devotees.
The easiest way to get to the Lama Temple is via the Beijing subway. Get down at Yonghegong Station and take exit C. Opening hours are from 9am to 5pm.